John Davis’ sophomore release as Title Tracks proves he’s a force to be reckoned with in the crowded field of power-pop. The former member of post-hardcore outfit Q and Not U recruited a band for this disc, dressing his punkish troubadour tunes in rhythmic guitars and fast-paced drums.

Davis uses Elvis Costello’s vocals as a model throughout the album, infusing them with Ted Leo’s vigor. Opening track “Shaking Hands” takes a Ramones-meets-Rubinoos approach to popcraft, punctuated by the occasional shouted vocal but driven by solid hooks. Adrenaline flows as guitars race and drums thunder, leading into a fist-pumping second track, “Turn Your Face.” The melody’s simple enough for sing-along moments but rarely gets boring, soaring when you expect it to dive and exploring minor-key moments when a ray of sunshine seems just around the corner.

“I Can’t Hide” warms up with fuzzy guitars, then finds a kernel of joy in its rich, major-key chords. Meanwhile, the guitars take on a Velvet Underground-style timbre, hinting at a sped-up “I’ll Be Your Mirror.” However, the penultimate tune, “It’s Wrong,” is where things really get interesting, with a Shins-style nod to the Honeycombs’ 1964 hit “Have I the Right.” 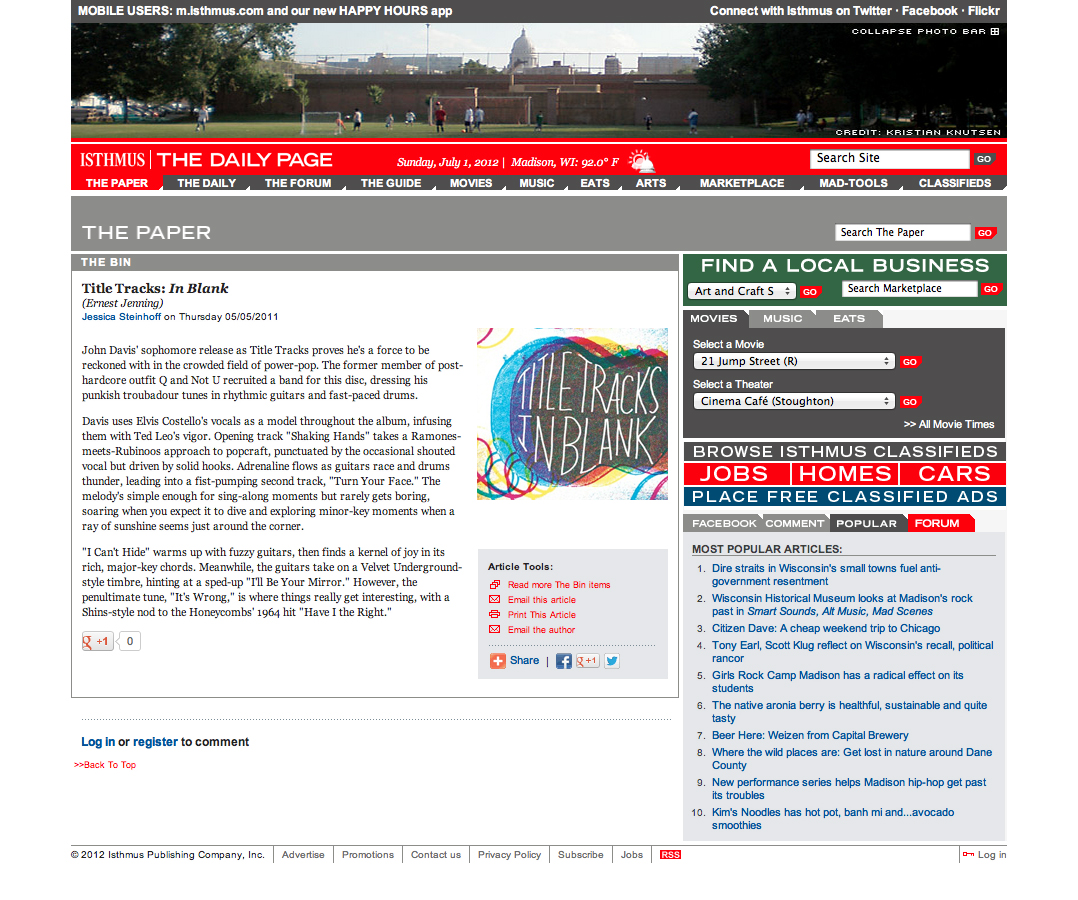