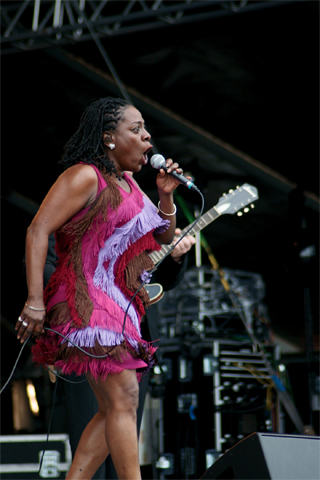 Belting out such lyrics as “I can’t have my cake and eat it too, so I gonna get up and walk out on you,” funk-soul luminary Sharon Jones sounds like anything but a goody two-shoes. But like many divas before her, she was an angel when she discovered her pipes.

“I was somewhere between 5 and 8 years old when I played an angel at church, an itty-bitty angel with wings and a halo over my head,” she recalls. “One time we did ‘Silent Night,’ and a lady at church said, ‘Ooh-ooh, that little girl can sing.’ That’s where it all began.”

After struggling for recognition for years, Jones traded in the halo for a crown in her late 30s. While doing a set of background vocals for ’70s soul superstar Lee Fields about 13 years ago, she recorded a rap on top of a song called “Switchblade,” which became a favorite among deep-funk DJs in the United Kingdom. Though her voice on the track was slowed down to sound like a man’s, music industry bigwigs found out who she was and she soon found herself opening for Maceo Parker in London.

“So here I am, singing in London, and the next thing you know, someone asks me if I know who the Queen of Funk is,” she recalls. “I said, ‘I don’t know, who?’ and they were like, ‘It’s you!’ Turns out a magazine there called Big Daddy had gone and given me the name.”

Jones’ career blossomed after joining forces with The Dap-Kings, the house band for the Daptone Records label. The band’s old-school funk and soul sounds recall James Brown and Otis Redding and are the secret weapon on recent albums by Amy Winehouse and Kanye West.

Meanwhile, with Jones, The Dap-Kings have revamped Janet Jackson’s “What Have You Done for Me Lately?” as a ’60s-style funk jam and brought life to classics such as “How Do I Let a Good Man Down?” and “How Long Do I Have to Wait for You?” The group’s latest recording, 2007’s 100 Days, 100 Nights, burrows deep into the tradition of late-’60s soul, especially Motown.

Jones says the soulful U-turn doesn’t make her or the band any less funky; if anything, it makes them more true to their roots — and their musical gifts.

“We’ve made it this far because we stuck with what we believe in, whether it’s James Brown, Tina Turner, Aretha or Otis,” she says. “I’ve always been able to imitate these people, but no one had to teach me how to sing soul. That was all me.” 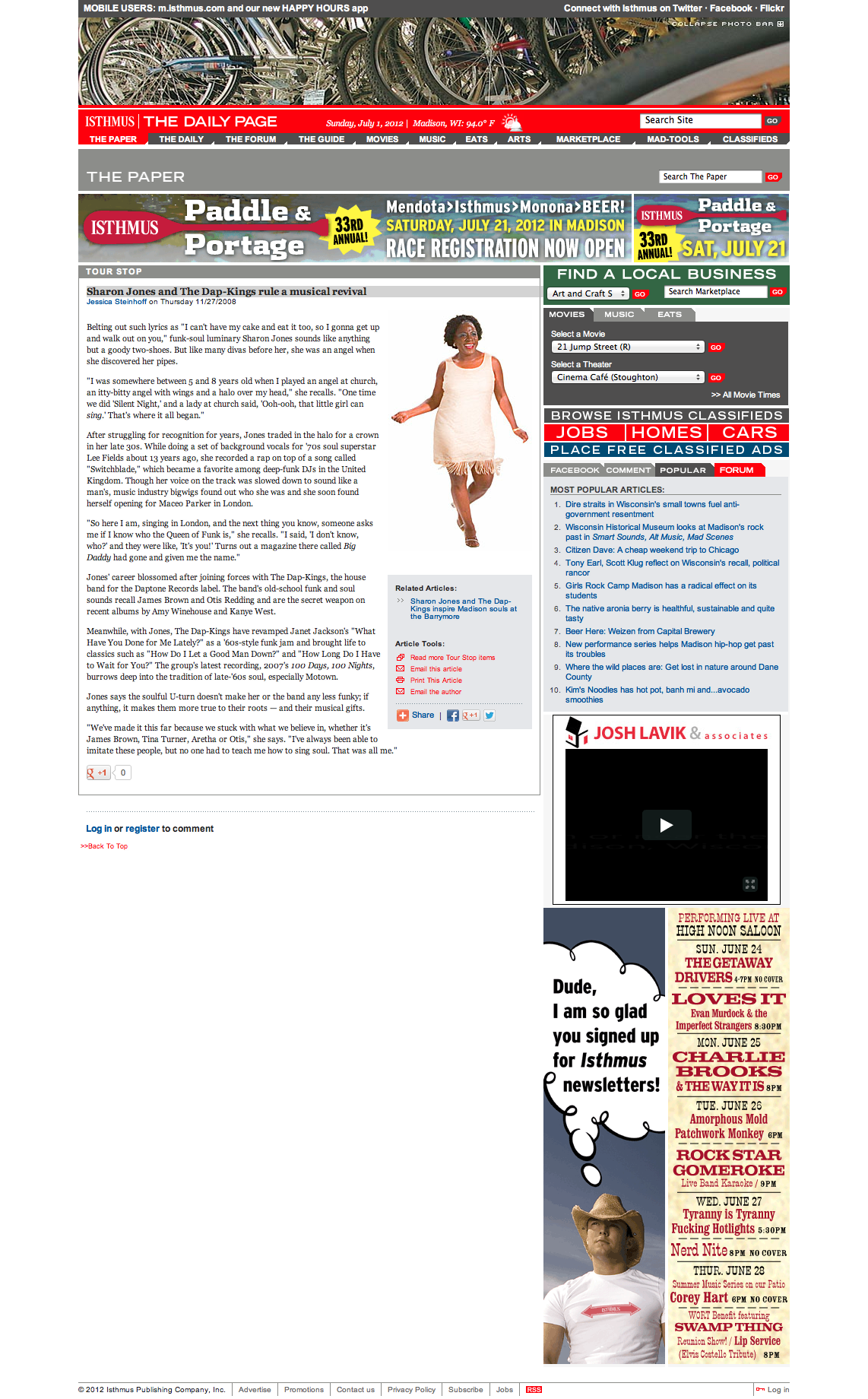