It’s no surprise that “design” has become synonymous with “web design” in many people’s minds as the influence of the Internet grows. While the aesthetics and functionality of websites are certainly important, the folks at UW-Madison’s School Of Human Ecology (SoHE) realize that they’re only the tip of the design iceberg—and that some works of art can’t be reproduced online without losing something vital.

The Design 2009 show, on display at the school’s Design Gallery through April 26, is a prime example. Showcasing student projects from apparel, textile, and interior design studio classes each year since 1992, SoHE’s watched technology evolve while providing viewers a chance to experience design through tangible objects such as handcrafted scarves, couture-style gowns, miniature models of buildings, and sculptures.

While many of the objects on display were clearly created with the help of computers, they are also tied to the physical (read: non-virtual) space in which they live and function. They’re also tied to an analog history—that mythical, pre-computer age that so many try to channel through crafting, vintage clothing, and hobbies like record-collecting and burlesque dancing. 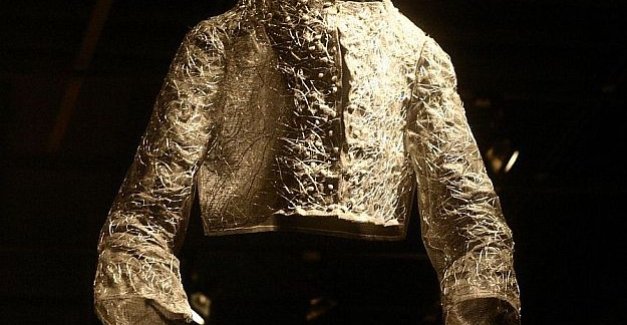 “Half Metal Jacket” by Amanda Larson, the winner of the best-in-show prize for textiles and apparel, merges this longing for the future and yearning for the past. A small military-style jacket, constructed from industrial mesh, hovers in the space, ghostlike. Tangles of wire, like unkempt vines, crawl up the front of the garment, budding with faux pearls. While the jacket appears minimalist and almost robotic at first glance, it’s more of a testament to knights’ armor and ornate Victorian gardens than cyborgs and IKEA.

Elsewhere in the gallery are garments made of Hefty cinch sacks (“Garbage Bag Evening Dress” by Ariel Arnson), surgical gloves (“Glove Dress” by Rebecca Schafer) and the strange stuff that undergirds wooden floorboards (“Underlayment Dress” by Kate Flood), highlighting the tension between the extravagance of high fashion and the fashionable status of recycling.

The best-in-show award for interior design went to Julie Foote’s concept for a Japanese restaurant, Nousatsu Peppanyaki Buffet. Instead of veering toward computer-generated anime, Foote fused traditional Asian design elements with Japanese fairy tales and bits of gothic gloom. Abstract cranes, filled with light, float from an ink-black ceiling while glowing orange carp slink through a shadowy koi pond. The result feels modern due to its sleekness, but is more of a tribute to the color of the past and a looming uncertainty about the future. 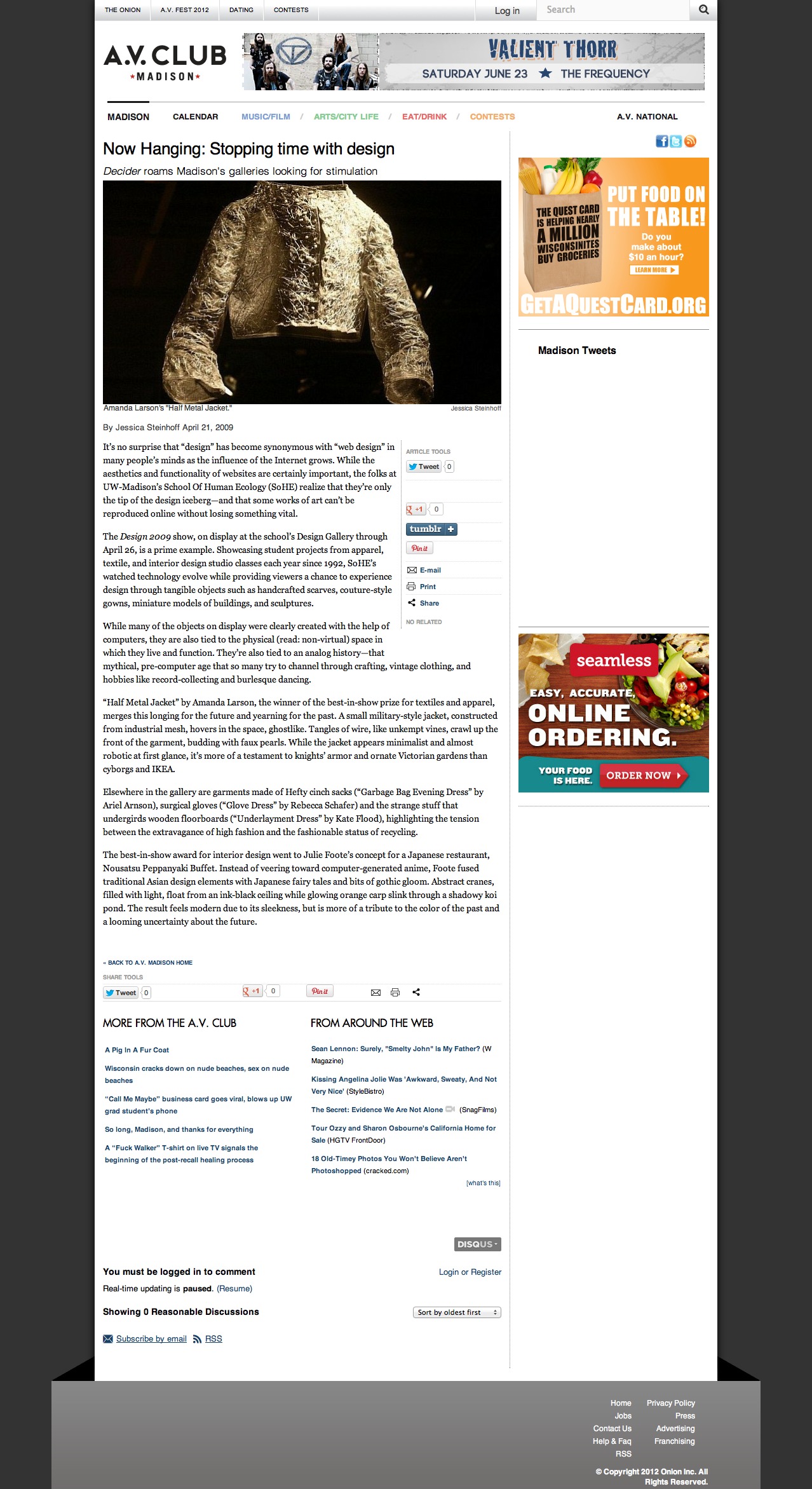