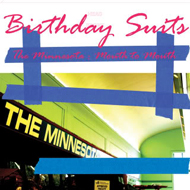 Since forming five years ago, the Minneapolis guitar-and-drums duo Birthday Suits have played hundreds of explosive shows, many in Madison. But until recently, they’d only recorded one other full-length, a mere 15 minutes’ worth of material.

The good news is that their new album is almost 50% longer. This means 50% more fun, lightning-speed rock that bounces from garage to surf to punk-flavored noise and back again. The bad news is that the whole thing’s only 22 minutes long.

“Lost Weekends” shows the band at their spazzy, snazzy best, nodding to the Ramones one moment and No Age the next, while “Kinnickinnic” sounds like a messed-up military march, saluting how fun it is to say the song’s title to the beat of a snare drum. “Miracle Brothers II” throws a wrench into the party, alternating slow-and-sassy thuds with possessed pummeling. And “Rock ‘n Roll Emergency” isn’t just a song but a self-fulfilling prophecy: You’re ridiculously revved up, but the CD’s about to end. It’s your choice: Hit repeat or catch them live, at their brief and beautiful best. 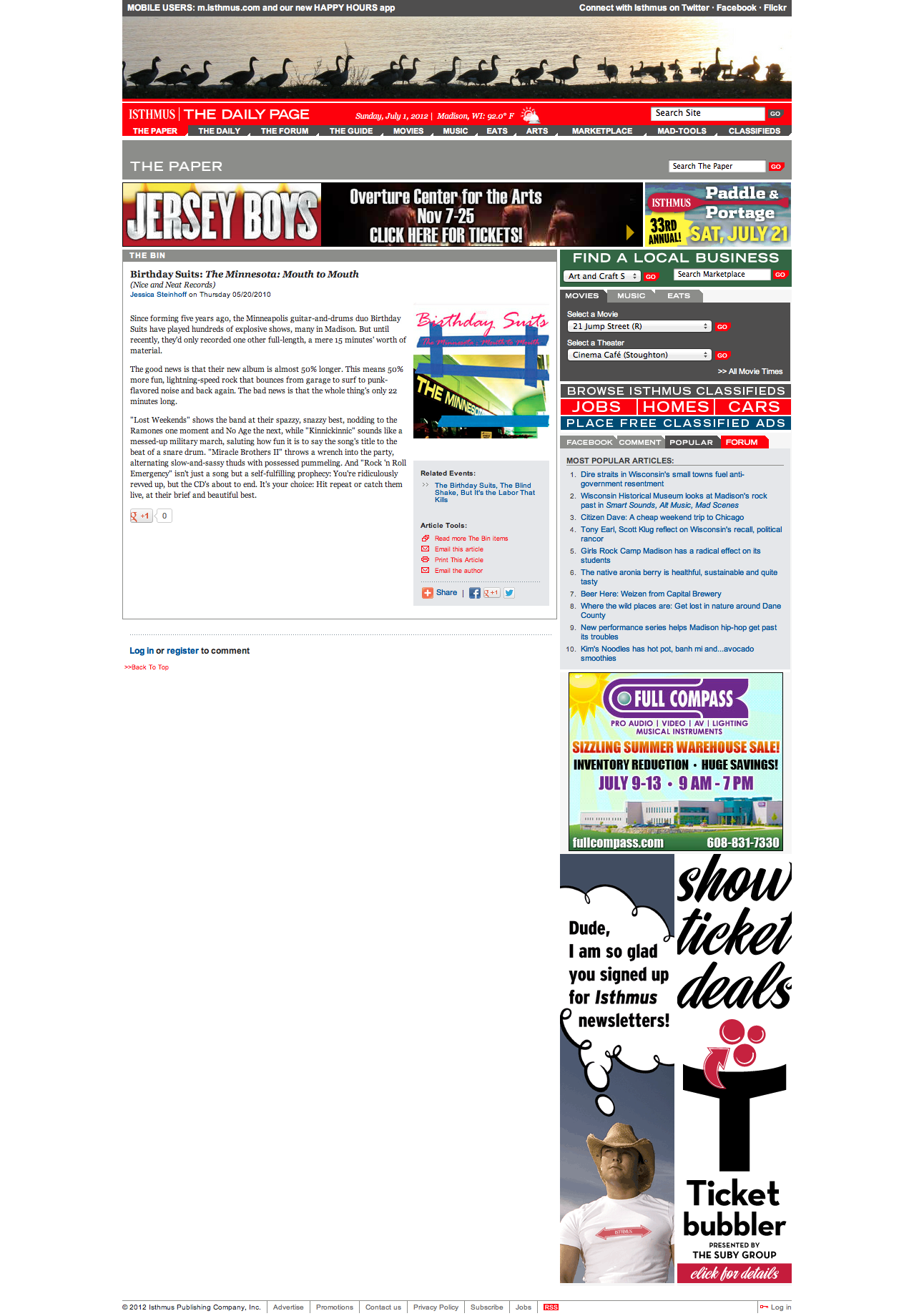