If the debut LP by Swedish dream-pop duo Korralreven were a dessert, it would be a molecular gastronomist’s version of cotton candy: flash-frozen wisps of spun sugar. The album is the kind of crisp confection that conjures a sense of comfort. Part of the magic stems from the place that inspired it: Samoa, the tropical getaway where Korralreven’s Marcus Joons had a spiritual awakening. An Album is the soundtrack to his epiphany, not just an invitation to chill out.

Guest singer Victoria Bergsman sets the stage with album opener “As Young as Yesterday,” which teems with whispered vocals. The sonic breeze of “Sa Sa Samoa” incorporates joyful noise from an island choir and rattles an assortment of percussion instruments. Throughout the album, the band basks in the power of musical hypnotism, nodding to transcendent 1980s tracks like Peter Gabriel’s “In Your Eyes” on “The Truest Faith.” There are also hints of the early 1990s’ ambient scene in the mesmerizing electronic waves of “A Surf on Endorphins.” 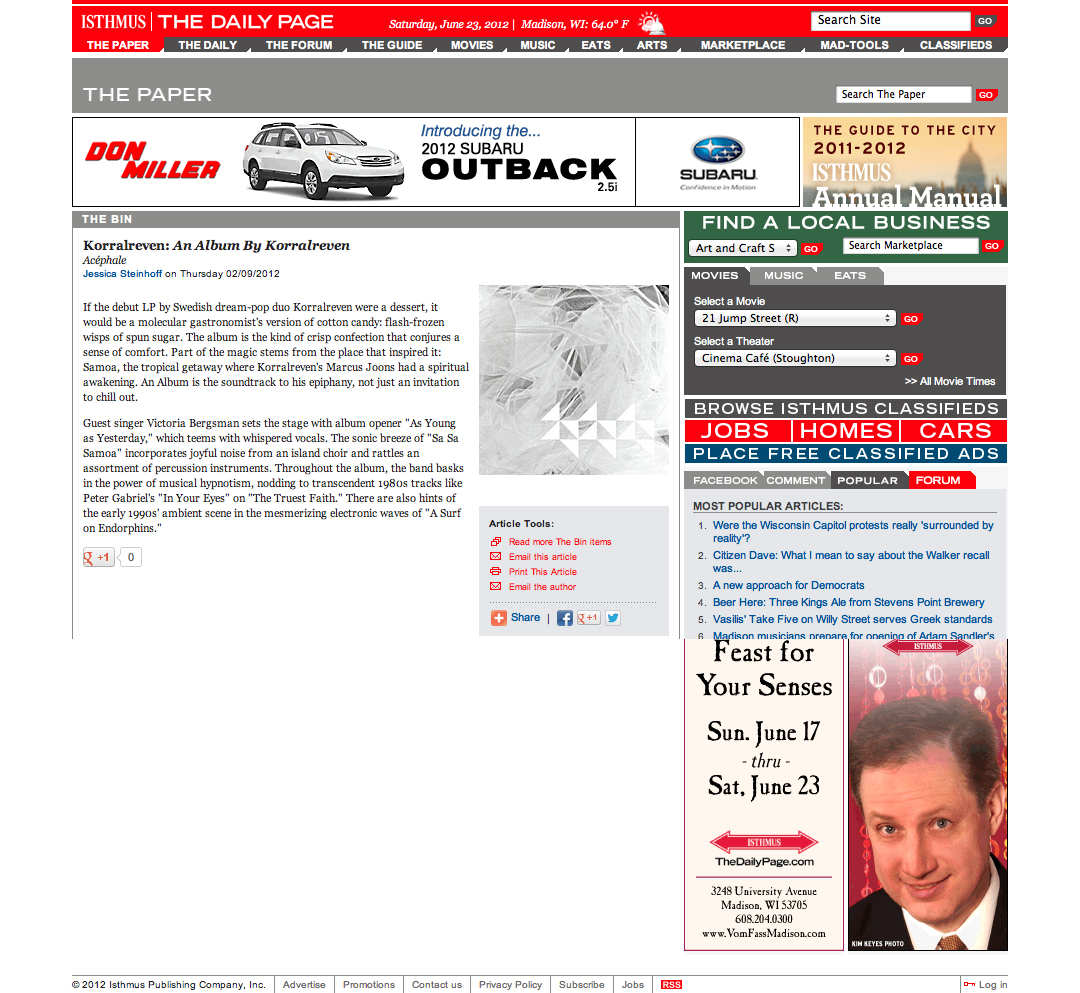