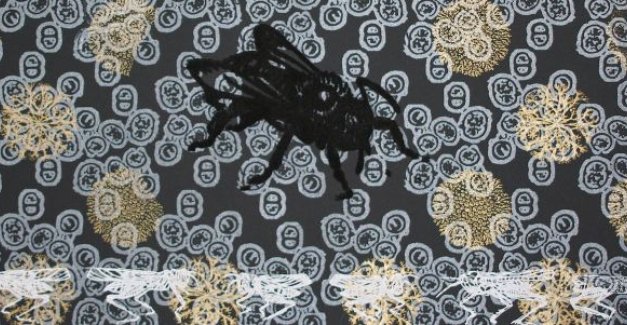 During flu season, it’s easy to develop a touch of germ-inspired obsessive-compulsive disorder. Even if you’ve invested in a gallon of hand sanitizer, SuperBug, on display at the Overture Center’s James Watrous Gallery through March 8, is likely to transform your anxiety into full-blown hypochondria—in the name of art, of course. The installation’s creators, UW-Madison professors Jennifer Angus and John Hitchcock, use both text and textiles to exploit those fears of infection and contamination that bubble just below the surface. The show begins with an essay that portends a viral pandemic more deadly than the 1918 influenza outbreak—the one that killed more than 25 million people—then makes your skin crawl by juxtaposing screen-printed patterns of virus-ravaged cells with creepy images of locusts. All 36 of these prints are downright soothing, though, compared to the sculptures that surround them: real specimens of freak-bugs—long-legged moths, supersized beetles, and mutant butterflies with vampire fangs—plucked from nature and preserved in glass domes that seem to be on the verge of shattering. It’s enough to make you sprint to the local exterminator—or to the drug store for a glue trap and a flu shot. 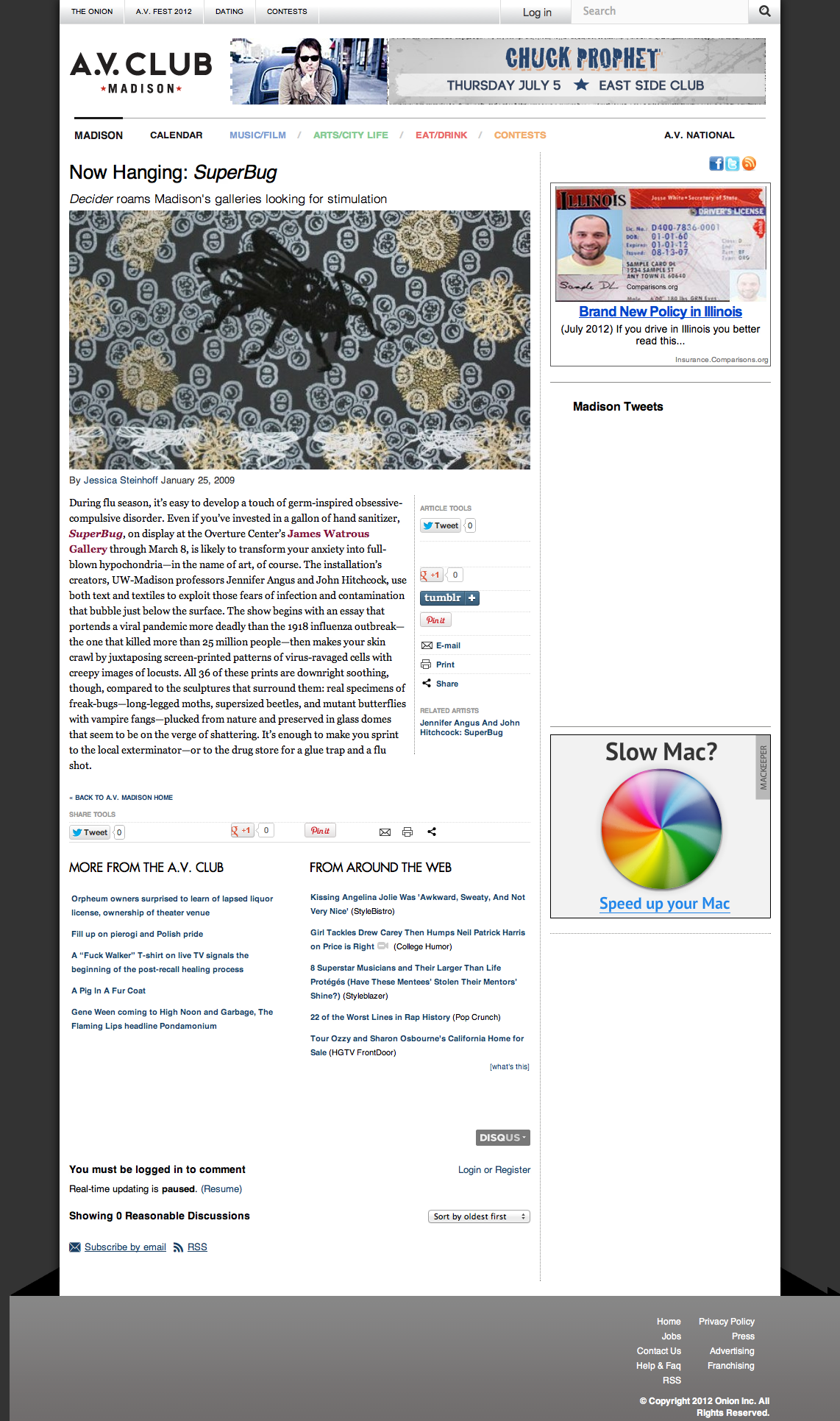