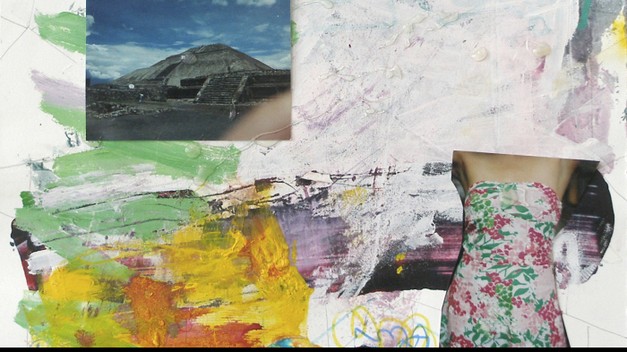 Notes From Places, L.A. artist James Boulton’s show of mixed-media collages on display at Project Lodge through July 9, doesn’t include any written notes whatsoever. There’s nary a title or price in sight, and certainly not an artist’s statement. It’s a refreshing dismissal of the gallery world’s attempt to turn artistic works into retail merchandise that can be compartmentalized and explained.

Boulton uses collage as a code for the tension between order and disorder. His works using paper, many of which were created onsite, are chaotic: sheets of paper splattered with oil paints and images clipped from old magazines and what appear to be found photographs. Yet they are arranged in a precise grid on the Project Lodge’s east and west walls, giving visitors the illusion of safety when they first enter the space.

On closer inspection, it’s clear all this tidy geometry is misleading. In one panel of the grid, a photo of a naked woman splayed on a dirty-looking bed in an even dirtier-looking room floats on a black background, like a character in a video game. Around her are angular shapes that resemble gemstones, rendered in primary colors, along with softer, flower-shaped scribbles. Whether the shapes are out to destroy the woman or help her is debatable.

In another collage (an excerpt is pictured above), Boulton’s scissors have decapitated a photographed woman in a sleeveless dress. A messy square of white paint covers the space where her head should be, and a photo of a mountain—perhaps her last pleasant thought—lingers next to it. An even more puzzling panel features a black-and-white grid within the grid, on top of which orange shapes converge into what looks like a cartoon map. Below, a man in orange hazmat gear is being mauled by a wild animal with a flame bursting from its head. This strange beast isn’t just torturing a human figure, though; it’s also biting the butt of another animal, which is perched atop a huge magazine image of a young girl. Even though this child is the most peaceful character in the scene, she’s also the queen bee since she’s the largest. Underneath her hovers a cutout of children’s underpants and an image of a screaming monkey, adding an extra-absurd twist to the madness. Whatever place this composition is recalling isn’t one you’ll want to visit alone.

Even household objects get twisted and collaged in a collection of cardboard sculptures in the center of the gallery. Each displays a picture of an item you might find at the local Dig ’N Save outlet: a thermos; a broken coffee cup that says “Big Hug Mug”; a creepy, legless Bratz doll; and an upside-down bicycle. Beyond the surface, however, the items from the pictures hide inside the cardboard, as if they’ve transformed from tangible objects into imaginary ones. You could be next. 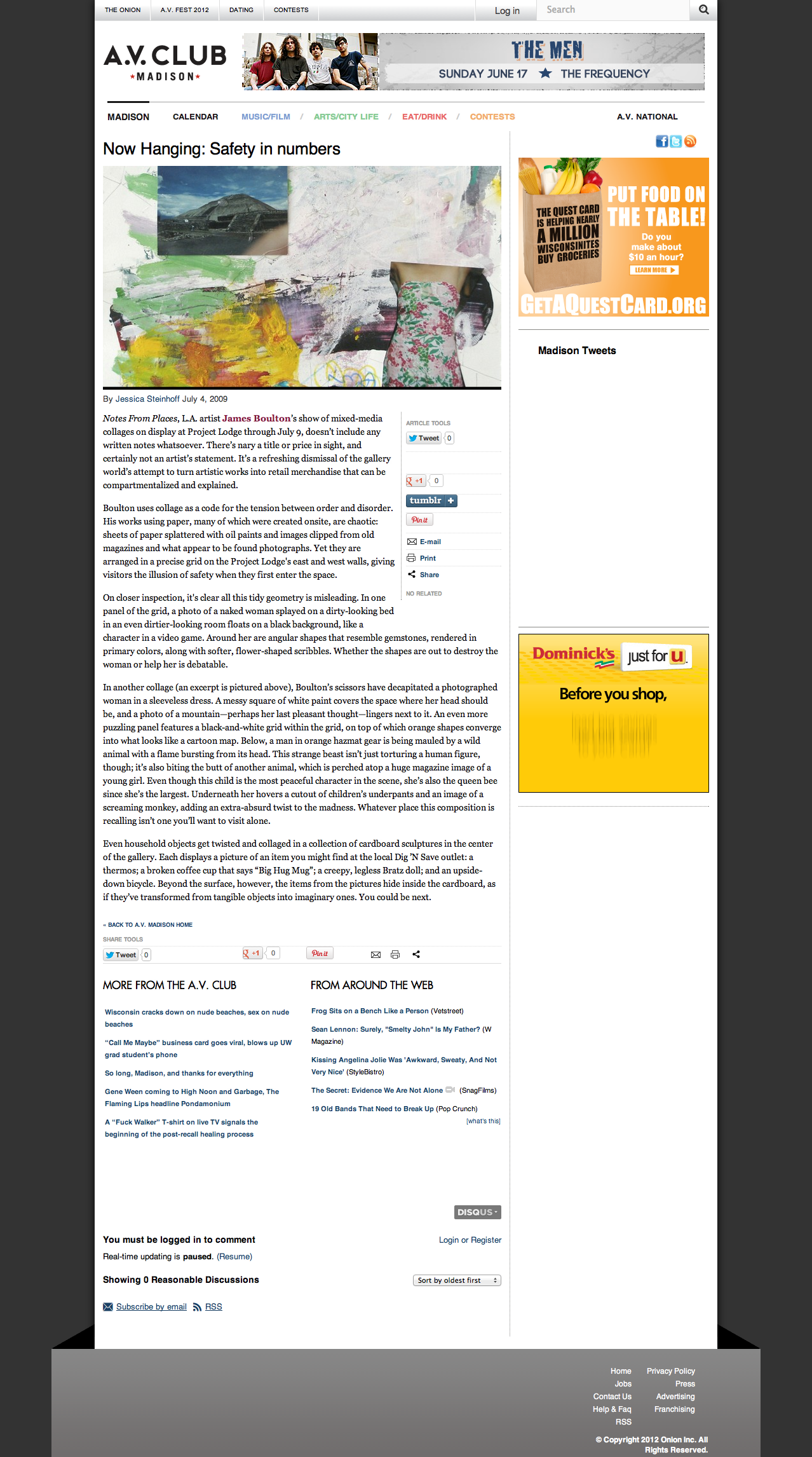