Few bands have been able to infuse Americana music with a sense of the sublime quite like the husband-and-wife duo the Handsome Family. Channeling the witty verve of Edward Gorey, Rennie Sparks’ story-poems, set to Brett Sparks’ melodies and baritone voice, speak of burying the dead, reveries in psychiatric wards and mysterious signs of comfort from nature. 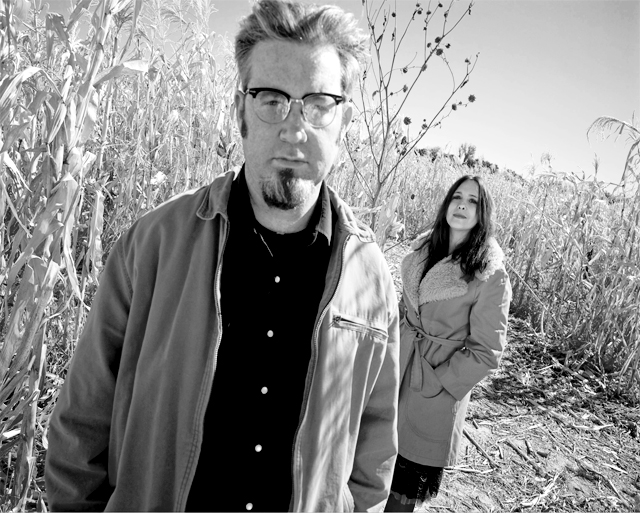 What are the origins of the band’s name?

We used to be in this other guy’s band, and he’d call Brett handsome all the time. Then, Brett’s parents, when we got married, got us this subscription to Reader’s Digest, and when it arrived, the name on the label said “Handsome Spjinki.” Everyone started calling him that, and the band grew out of it.

Many of your songs tap into the fantastic tradition of English and Scandinavian murder ballads, and you’ve mentioned in interviews that you were brought up believing Santa is a pretty evil guy. Has this led to any songs about the Krampus, the demonic Santa?

I have a friend from Finland who says Santa’s clothing is made out of reindeer skins soaked in blood, and I’ve heard that in Holland he’s got black slaves carrying the presents instead of reindeer, so he’s definitely got a dark side.

My parents were brought up as religious Jews in a time where kids their age were being thrown into the oven for being Jewish, so they tried to keep us blissfully ignorant of holidays and things like Santa. My mother once told me that Santa Claus started World War II, and though I don’t think he’s a bad person anymore, I haven’t written about him.

There’s a death theme running through many of your lyrics, but not so much on Honey Moon. What’s up with that?

This record is more about love. I’ve always wanted to write a whole record of love songs, but it’s trickier to write about the transcendent rather than the abyss. When you hear a great love song — not a sappy, trite one — it can change you a little bit. We’d been listening to a lot of Platters and Mills Brothers, so that got us thinking about romanticism even more than love, and all the heightened emotions and connections to nature that go along with it.